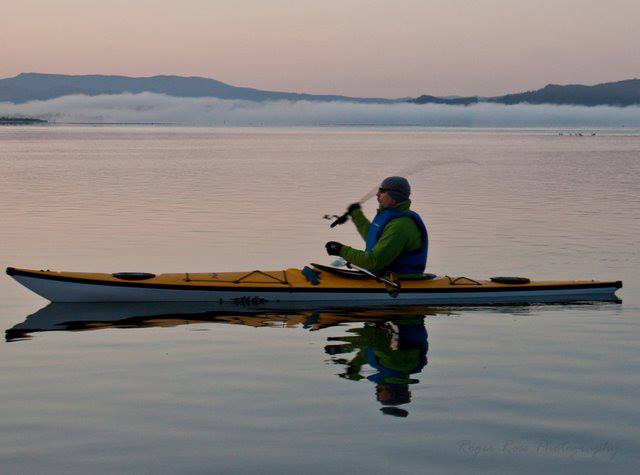 Despite the recent tumultuous weather, winter kayaking on the North Oregon Coast is an excellent recreational prospect. There are numerous mild days when Mother Nature calms down and takes a breather before returning to the storm-watching paradise for which the area is well known.

In between storms, think about grabbing a paddle and slipping into a kayak.

While she encourages kayakers to explore local waterways during the winter months, she stresses that safety is paramount to any trip no matter what date is on the calendar. That includes knowing what wind and tide can do on any given day, meaning paddlers should check local tide tables and weather conditions before setting out.

She adds that checking wind and weather conditions and familiarizing yourself with how those affect the waterway you are paddling is key to a safe and fun experience.

When discussing the differences between summer and winter paddling, Chick notes that conditions for each season on the Oregon Coast can often be very similar. This is especially true when it comes to water temperatures. You may have picked a warm, sunny day to paddle, but the water is usually bone-chilling.

In that regard, Chick stresses that dressing with water temperature in mind is a top priority. Cotton shirts and denim jeans won’t suffice.

“If you end up in the water and can’t get back in your boat or back to shore, you better be dressed for 40-something degree water,” she says. “Hypothermia happens fast.”

Chick adds that a good dry suit not only keeps kayakers warm and cozy, but gives them peace of mind knowing that it will buy them a lot of time if they end up in the water.

The early-December flooding this year also highlights the need to be aware of debris and obstacles in the water after such storms have passed through.

Foremost, however, is wearing a Personal Flotation Device, or PFD.

“Find a good one and wear it,” Chick says. “If you don’t want to wear it, than you don’t have the right PFD, because you should love your PFD.”

With safety concerns addressed, kayakers have a multitude of reasons to enjoy winter paddling.

Aside from the recent rough weather, Chick says that most winter days offer fuller rivers with flat, glassy paddling surfaces. These conditions combine to give kayakers a sense of serenity and solitude that’s hard to duplicate during the busy summer months.

“It’s a lot quieter and a lot less people,” Chick says. She adds that with salmon season over, there isn’t the potential for kayaker-versus-fishing-boat conflicts, which can be an issue in late summer and early fall.

There’s also the opportunity to view different wildlife, especially if you are a birder. “You’re going to have more stopovers since we’re on the flyways,” Chick says.

Photographers find plenty of reasons to point and shoot, and winter offers a chance for some excellent picture taking.

“The light this time of year is at a lower angle, so you get crisper, cleaner pictures, especially if you get out there a little earlier,” Chick says.

There are many places to paddle year-round, and Nehalem Bay is one of Chick’s favorites because it offers paddlers a bevy of options.

“You can go upriver, paddle around the bay, or go over to the state park,” she says, noting that there are five estuaries in Tillamook County: Nehalem, Tillamook Bay, Nestucca, Sand Lake, and Netarts. They boast distinct characteristics and Tillamook Estuaries Partnership has published “water trail” guides for each.

With so many nearby options for paddlers to consider, winter kayaking is the perfect way to get outside, shake of the winter blahs, and see coastal waterways from a different perspective.

For more information on Tillamook Estuaries Partnership or to download a water trail map of the five estuaries in Tillamook County, visit them online