The Neahkahnie Tavern: A Piece Of Manzanita History 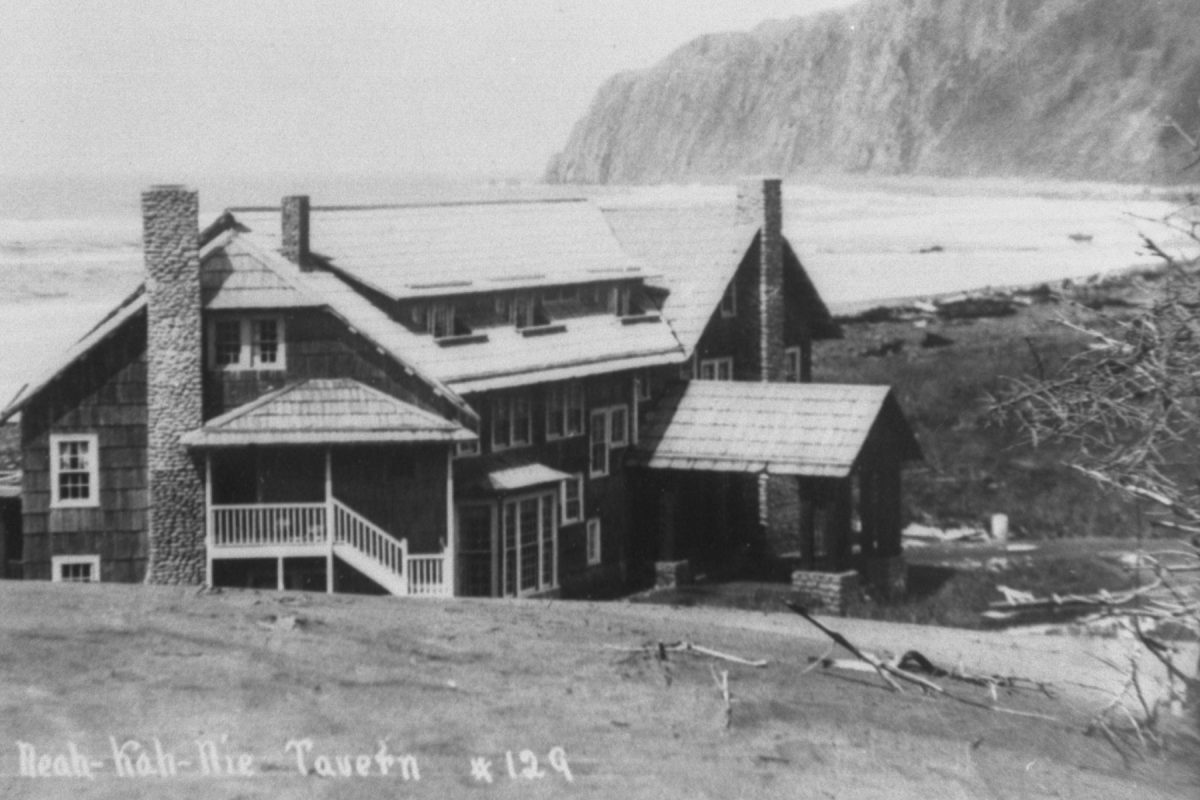 In 1912, Samuel Reed named his new property development Neahkahnie. To attract visitors, Reed commissioned Portland architect Ellis Lawrence to design a hotel. Reed placed the building, called the Neahkahnie Travern, at the western end of Nehalem Road close to the beach with views of the mountain. This magnificent setting prompted Reed to write to potential investors “Nothing can prevent Neahkahnie from becoming the finest beach resort in Oregon.”
Advertising for the hotel promised “Plenty of ranch food will load the tables, garden produce raised on the place, eggs, butter and milk of the very best, and pure water from the mountain streams. The ranch is carefully stocked with the choicest breeds of cattle, sheep and hogs. Hundreds of chickens, housed in clean sheds, produce the fresh eggs for breakfasts.” 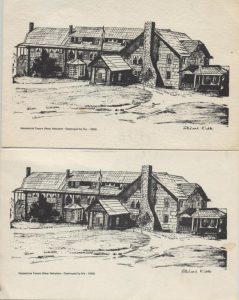 Another brochure claimed the tavern has “a comfortable lobby with a cheerful fireplace from which opens the commodious dining room and attractive sun parlor.” Samuel Reed’s daughter recalled, “There were 19 guest rooms, seven baths on the second floor and only one on the third, which caused some lining up on busy weekends. The family had its own quarters above the kitchen.”
The Neahkahnie Tavern flourished during the boom years of the 1920s, then languished during the Great Depression of the 1930s. After Samuel Reed died in 1941, his widow sold it. The building passed through several owners until it burned in 1956. Today the Oregon Department of Parks and Recreation owns the property where the Neahkahnie Tavern once stood.