The Glenesslin – A Piece Of Manzanita History 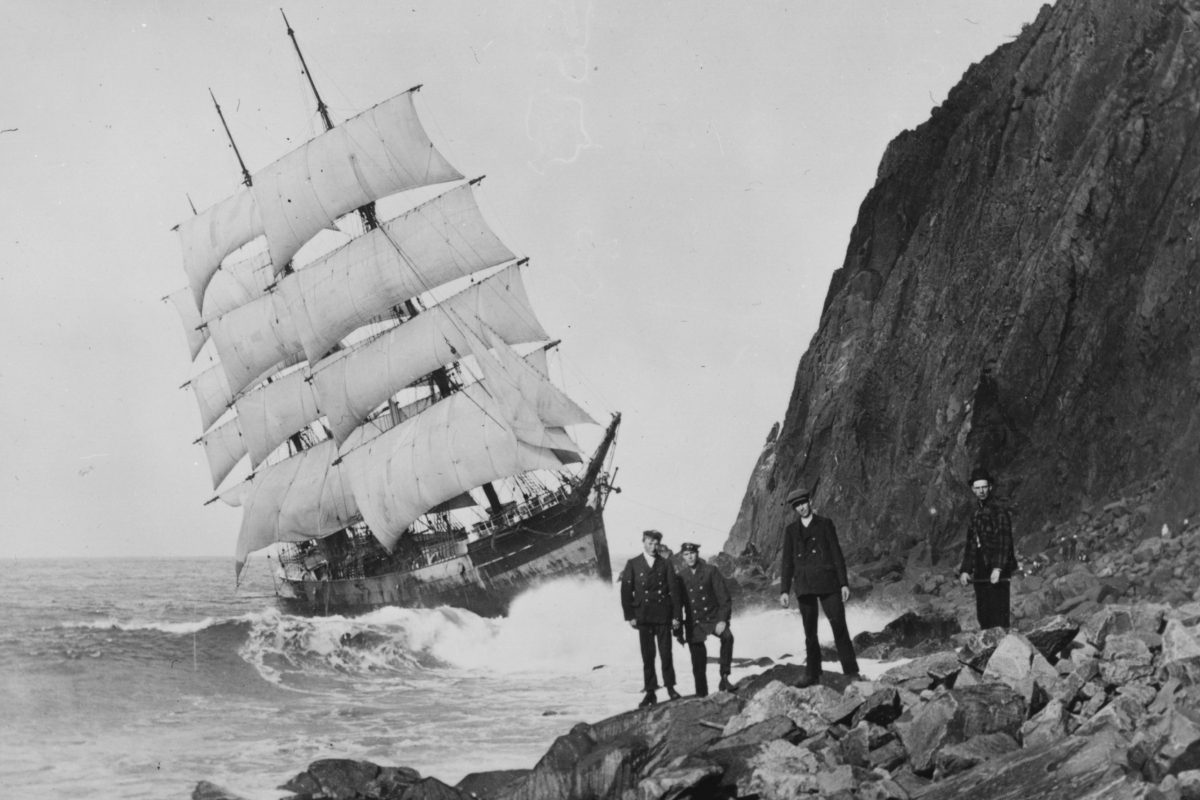 On a calm day in October 1913 people on the beach watched the schooner Glenesslin emerge from haze over the ocean and sail into the end of Neahkahnie Mountain. The ship struck the cliff under almost full sail.

Why did the huge vessel hit such an obvious pile of rocks?

When lookouts on the ship spotted the light on Tillamook Head between Cannon Beach and Seaside, the vessel had been four months at sea – a full month longer than planned for the voyage from Santos, Brazil, to Portland to pick up a load of wheat. Everyone on board was tired, hungry and eager to arrive in port. In the offshore haze, the Glenesslin wandered so far south and east that she entered the windless shelter of Cape Falcon.

Powerless to change course, the ship struck the cliff. The crew used the line seen in the photo to get safely to shore. For the next few weeks, locals photographed themselves with the ship. Heavy seas created that winter battered the ship until nothing but a few pieces of iron was left the following spring.

For more photos and stories of other shipwrecks, visit https://neahkahnievisions.smugmug.com/Topics/Shipwrecks/.