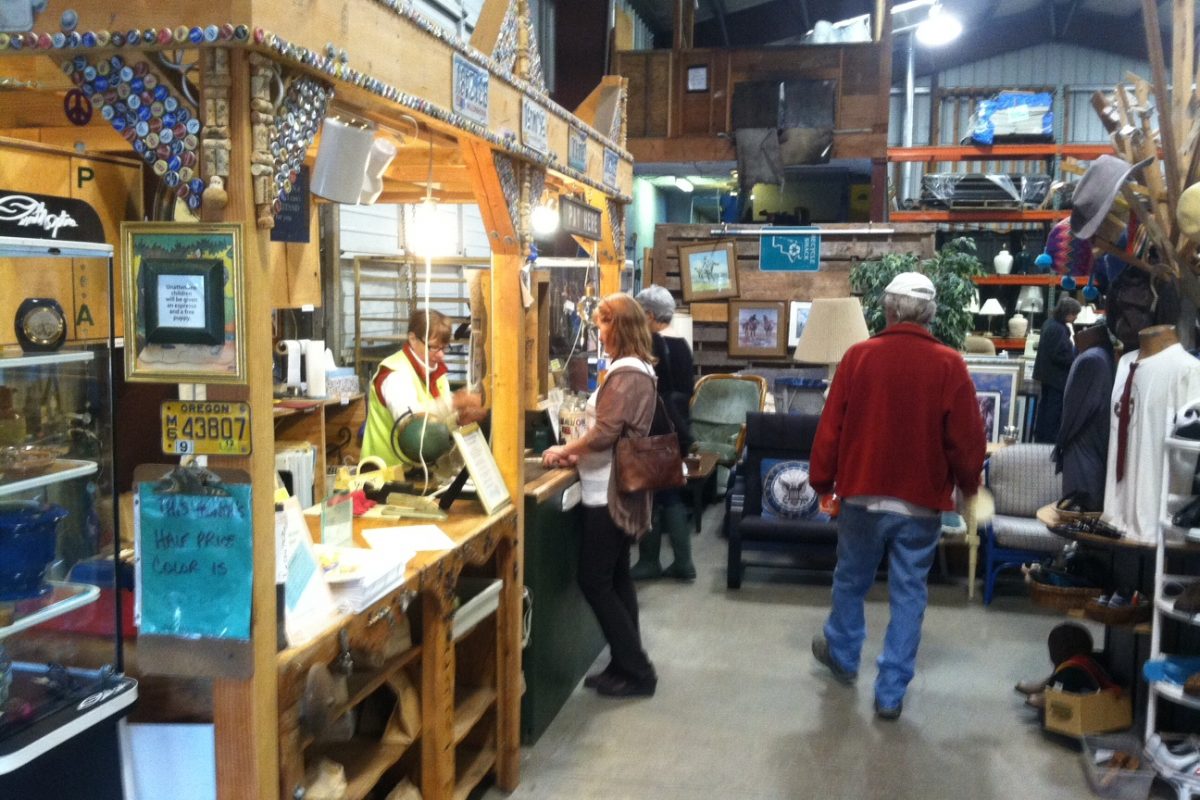 Spring is supposed to be about rebirth and renewal. What better place to embrace that notion than with your garage or attic? Renew that space, and clean it out.
The problem is, you don’t realize how much stuff you accumulate over the years.
We eagerly pull out boxes and bags from storage and instantly feel a little overwhelmed. Inevitably, we shove it all back to its darkened recesses and wash our hands of the whole effort. “Maybe next year,” is our annual mantra.
Admitting we need help is supposedly a sign of maturity, so when spring rears its demanding head, take a different tack: Donate locally.

The Refindery Reuse Store at CARTM in Manzanita is an artist-designed resale mecca. Its shelves brim with books, kitchenwares, housewares, tools, toys and even vinyl albums.
The Refindery’s goal when seeking donations is simple: Bringing in your old stuff will help reduce waste.
“The best use of materials is to reuse them as they are at least one more time before they get recycled or disposed of,” says Karen Reddick-Yurka, CARTM’s executive director.
The revenue generated at The Refindery goes toward maintaining CARTM’s recycling efforts.
Reddick-Yurka says the store’s busiest times are spring and summer when many of the area’s second homeowners clean and refurnish their beach houses.

When it comes to the greatest needs The Refindery has for inventory, Reddick-Yurka says “the doors are open” for just about any donations, excluding things like hazardous materials and mattresses.
“As long as it’s clean and has some function, we’ll find a home for it,” she says.
Items that don’t find a home at The Refindery are sent to the Gaia Foundation, which then matches particular items with particular needs.

Locals make up the bulk of The Refindery’s shoppers, including many area farm families. In spring and summer, though, many folks from Portland and Seattle can be found perusing the shelves.
“We’re often one of the first stops where locals bring their tourist friends to poke around,” Reddick-Yurka says.
The decision to throw away old items rather than bringing them to The Refindery for resale boils down to sustainability: Does this item best serve my community in a landfill or at a thrift store?
“It costs a lot of money and natural resources to manufacture things,” says Reddick-Yurka. “By just throwing stuff in a landfill, we lose all of the stored energy and value it took to produce it.”