Shipwrecks Of The North Oregon Coast 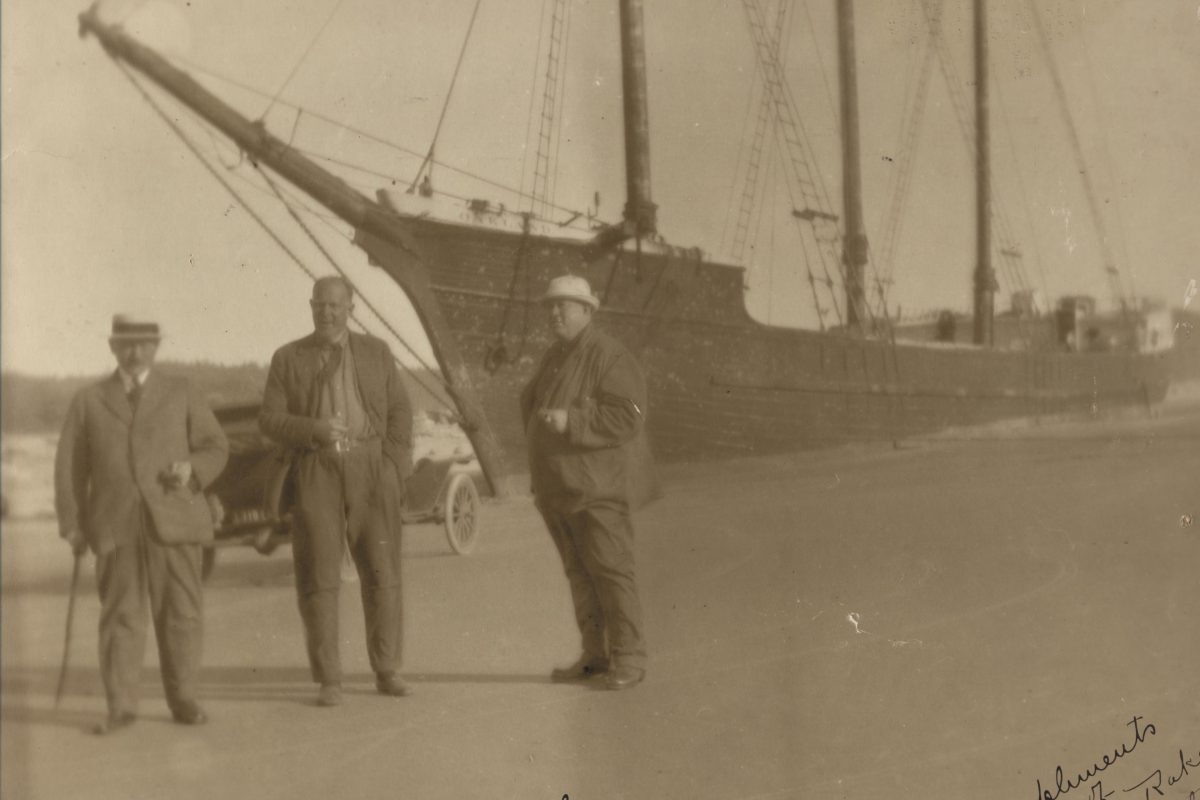 We remain fascinated by the stories behind local shipwrecks. They represent the best of people in the worst of circumstances.

Nicknames aren’t easy to shake. While they may not always be a badge of honor, a nickname can serve as a useful cautionary tale. Such is the case with the waterways in the Columbia-Pacific region, long ago dubbed the “Graveyard of the Pacific” by wary mariners.

The title “Graveyard of the Pacific” wasn’t given lightly. Our regions’ coastal waterways earned that moniker on merit.

The area stretches from Tillamook Bay on the Oregon Coast northward to Cape Scott Provincial Park on Vancouver Island, British Columbia. A combination of unpredictable weather conditions combine with coastal characteristics have caused a significant number of wrecks in this area.

The title likely originated from the earliest days of the maritime fur trade. Incomplete charts and out-dated navigational techniques led to increasing numbers of traders’ ships being wrecked.

If this region is the graveyard, than its headquarters is the Columbia Bar, which has claimed 2,000 vessels and 700 lives since 1792. Here, ships often battle strong winds and mighty swells.

In 1862, U.S. Navy Cmdr. Charles Wilkes gave this grim assessment: “Mere description can give but little idea of the terrors of the bar of the Columbia; all who have seen it have spoken of the wilderness of the ocean, and the incessant roar of the waters, representing it as one of the most fearful sights that can possibly meet the eye of the sailor.”

One only needs to see the skeleton of the Peter Iredale embedded in the sand on Clatsop Spit in Fort Stevens State Park to be reminded of these dangers.

Still, people are fascinated by the stories behind these men and ships. They represent the best of people in the worst of circumstances.

Chris Dewey, adjunct instructor of anthropology and archaeology at Clatsop Community College, says these stories hold historical importance for our area. “Shipwrecks hold a special place in peoples’ imagination,” he says. “They bring together the romance of the sea and the mystery of how the vessel met its ultimate fate. For centuries, brave sailors ventured over the horizon to places unknown only to run afoul of enemies, weather or bad luck. Shipwrecks can tell those stories.”

The Mimi was a German barque that ran aground on the beach at Manzanita in 1913. She had become lost in dense fog, and the ship’s master mistook the Nehalem River for the Columbia River. Amazingly, not a single crewman was lost in the wreck. But things would take a turn for the worse.

A salvage operation ensued April 6, 1913 with a team of 26 men. The group included the ship’s captain, insurance representatives, and crewmen.

Engineers were on hand to operate a “steam donkey,” a steam-powered winch employed by the maritime and lumber industries. The plan was to use the winch to help dislodge the Mimi from the sand.

“The ship was in pretty good shape when it ran aground,” says Tom Mock, president of the Nehalem Valley Historical Society. “They decided they needed to remove the ballast to move it, and it became too top heavy.”

During the operation, a heavy storm and high surf rolled in. The pull of the steam donkey caused the barque to capsize or “turn turtle.”

Twenty-two men were suddenly trapped inside The Mimi’s hull or clinging to her rigging with night falling.

The Daily Capital, a Salem newspaper, recounted the events: “The fate of the men is held a secret by the fury of the ocean, which has made rescue impossible. Darkness tonight saw the figures of men clinging to the boat, and the wind brought their cries for help to the ears of 1,000 or more people gathered on the shore nearby, but every attempt at rescue met with failure…”

Only four men were saved.

Manzanita beach has seen its fair share of wrecks: the Frances Leggett sank in 1914 with 65 lives lost; the Oakland beached in 1916; the Glenesslin ran aground near the base of Neahkahnie Mountain in 1913.

In her 2004 book “At The Foot Of The Mountain,” author Jane Comerford noted that “by the turn of the 19th century, and into the 1920s, beached vessels were a somewhat common event.”

“You get in the lee of Neahkahnie Mountain, and it’s real difficult to turn back,” Mock says.

Formed in May 2015 in Astoria, the Marine Archeology Society has set out to search for, identify and document shipwrecks in Oregon and Washington.

The society has already worked on projects with the National Park Service at the Lewis and Clark National Historical Park, and the Garibaldi and Columbia River Maritime Museums.

Dewey, founder and president of MAS, is eager to find the stories that are hidden within so much sunken history.

He believes that the causes of shipwrecks and glimpses into the lives of the sailors aboard are vitally important to the bigger historical picture. “In some cases, shipwrecks can provide new insight into the lives of passengers and maybe tell us something new about past societies,” he says.

Dewey adds that while the larger, more famous wrecks capture most of the attention, he is intrigued by smaller, relatively unknown vessels that are wrecked around the area.

Case in point was the survey MAS recently conducted of a small boat wreck in Lewis and Clark National Historical Park.

Trained volunteers went out to the park at low tide and took measurements of the boat’s details, made drawings of the site, and took photographs.

MAS is also in the process of raising money to purchase an underwater remotely operated vehicle (ROV) kit that will be assembled and operated by students from Clatsop Community College and Warrenton High School.

Dewey says the goal of the project is to use the ROV to search for, identify and monitor underwater cultural heritage sites in Clatsop County and the surrounding areas.

“We are not treasure hunters; we seek information not gold or silver,” he says. “Maritime archaeology is important because shipwrecks are links to our past.”

Major wrecks are now few and far between since the sailing ship gave way to power, but the danger is ever-present. A mix of container ships, fishing vessels and recreational craft still vie for space on the ocean and the Columbia on any given day, and the dangerous conditions will always be there to challenge them.

Thanks to the vigilance of the U.S. Coast Guard and the Columbia River Bar Pilots, recreational and commercial shipping have safeguards that mariners of 100 years ago couldn’t have imagined.

In the meantime, mariners continue to put faith in their experience, each other and their vessels.

Capt. H. Lawrence, master of the Peter Iredale, offered a final, thankful toast to the vessel that brought his men to shore in 1906: “May God bless you, and may your bones bleach in the sands.”