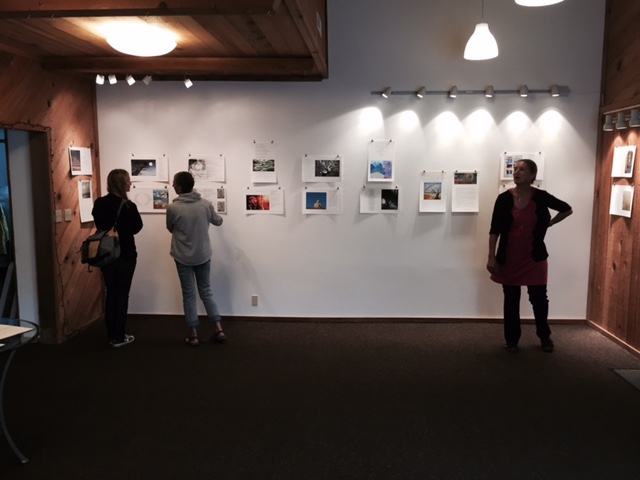 The twelve selected artists and writers will be randomly paired at a Hoffman Center gathering on June 2. Each will be given printed copies of the other’s submitted work. Then each writer and each artist will create new work in response to one of the three pieces submitted by their partner. A writer might create a new poem in response to a watercolor, for example. A photographer might make a new image in response to a prose piece. The resulting new works will be due July 15.

The artwork will be exhibited at a Hoffman Center event on August 26, where the writers will also read their new work. The paired work will be printed on broadsides, which will hang in the HCA gallery as well as published in a book. Both will be available for sale.

The Hoffman Center’s Word & Image project is open to artists and writers who live on the north Oregon coast or have a strong connection to the area. In order to provide opportunities for new contributors, those who participated in both the 2015 and 2016 projects are not eligible to submit to this year’s project.