Lights, Camera, Action at Hoffman Center For The Arts 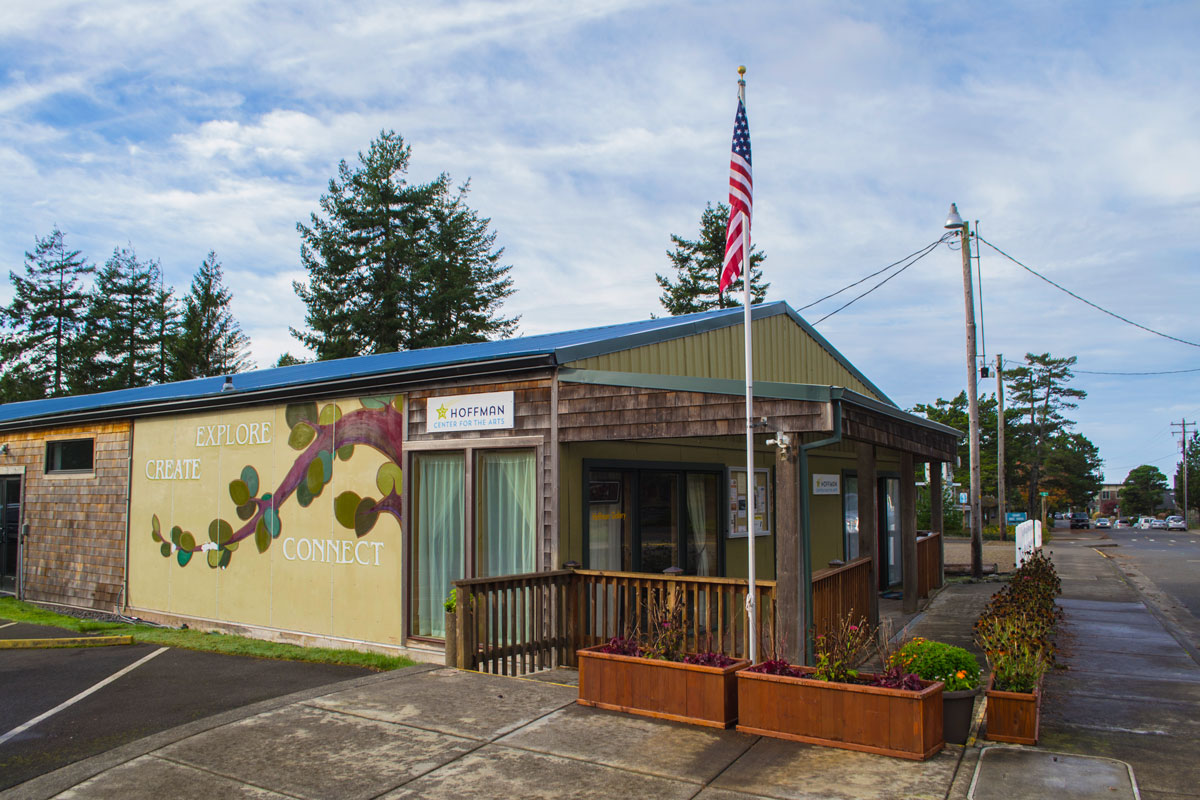 A part of the Hoffman Center’s Manzanita Film Series, “Friday Night Flicks” showcases films produced in the Pacific Northwest; Oregon, Washington, Idaho, and British Columbia. Selected with the help of The Northwest Film Center in Portland, each film is made by, or about, the people, values and environment of the region.

It has evolved to its current mission from a group of community film buffs who just enjoyed getting together to watch and discuss significant films. Current series organizer Dave Dillon remembers the first movie viewed was “Nosferatu,” a highly influential silent horror film from the 1920’s.

“We had a good turnout,” he said. “People wanted to see this historic black-and-white film and talk it over. Everyone decided to make it a regular monthly thing and it just kind of grew from there.”

A rotating group of organizers continued the program, selecting a wide variety of films to share with the community and passerby.

“Jonathan Feder took it over for a while, and he had a background in film appreciation. He picked some really interesting films,” Dillon said, including an experimental Russian documentary called “Man With A Camera.” The film follows a city in the 1920s Soviet Union during the course of a day. Directed by Dziga Vertov, with a variety innovative camera shots.“It showed a lot of first use of certain techniques in cinema,” Dillon said.

“Friday Night Flicks” soon became more than a night at the movies. As “Man With A Camera” proved, attendees were interested not only in the content of a film, but how it was made. Inspiring discussion is the focal point of each showing, Dillon said. It gave viewers a chance to talk about what they liked or didn’t like about each film.

“We recently showed ‘Fitzcarraldo’ starring Klaus Kinski,” Dillon said. “Then the next month we had a movie that was about the making of ‘Fitzcarraldo.’”

Though Dillon points out that one of the main objectives of the series is to show films you won’t typically find in a cinema, there are occasional exceptions. “Jonathan once held a showing of ‘Goonies’ during one of the anniversary years,” he said.

When Dillon took the reigns of the series, he shifted concentration to films from the Northwest Film Center in Portland. Each year, the Hoffman Center gets the Film Center’s best-of DVD of the previous year.

“It’s like a film festival of short films, which we would always showing in January,” Dillon said. “We always get huge crowds. People love these short films, especially the animated ones, and they’re all from the Northwest.”

With the criteria of series now centered on selections from the Northwest, attendees began to see the exceptional talent of film makers from the region. Recent selections included “Deer Father,” made by students from Montana, and “A Place Of Truth,” from a Portland film maker.

“It has to be by somebody or about somebody from the Northwest,” Dillon said.

That was no more apparent than the screening of “Politics Of Sand,” a film that highlights the struggle to keep Oregon’s beaches public. The fight began with Oregon Governor Oswald West in the early 1900’s and has been extremely effective, though not without effort.

“The film shows how our beaches right here were a battleground in the legislature and how fascinatingly complex it was,” Dillon said.

Dillon said he is looking beyond a monthly screening to integrating film making into Hoffman Center programs.

“I’d like to establish our own film making program,” he said. “We’ve have had films made in the area, going back several years.” Getting people to share their stories, Dillon said, is the grand scheme for the Manzanita Film Series.

Dillon said the program could be as simple as “cell phone cinema,” where people can learn how to use the everyday devices to make their own films. “Audiences love to see their community on the screen,” he said. “It’s not just shooting pictures of the local area, you’ve got to tell a story.”

Whether it’s about the love of watching a movie, discussing it with friends and strangers, or learning how to make your own film, “Friday Night Flicks” has something for everyone.
Dillon noted that while locals are always on hand, out-of-town visitors usually wander in when they see the marquee. “It’s something new and interesting to do,” he said. “And we always sell popcorn.”

The Manzanita Film Series is a program of the Hoffman Center in Manzanita. Films are screened monthly throughout the year. The Center is located at 594 Laneda Ave. For upcoming films, visit www.hoffmanblog.org.