Coal Creek Trails: A hidden gem in the Nehalem Valley 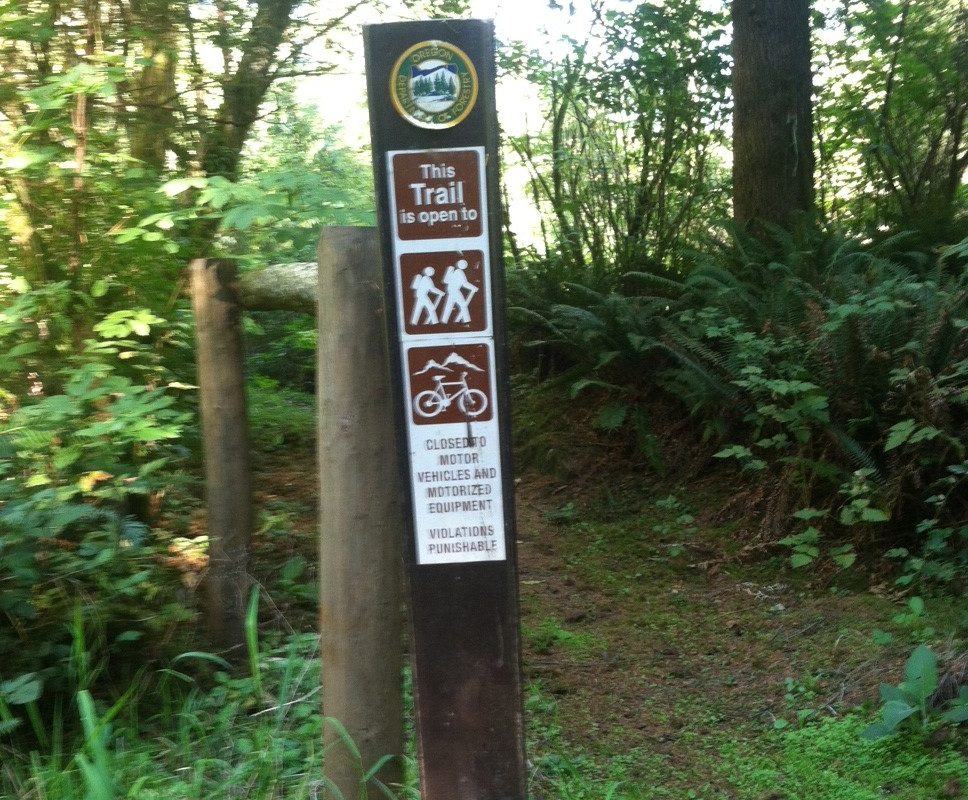 Coal_Cr_Trail_Map
Hiking is a popular pastime on the North Oregon Coast, with trails of just about every shape, size and degree of difficulty. If you are looking to ditch the usual trail crowds but not stray too far from civilization, the Coal Creek Trails system outside of Nehalem might be just what you are looking for.
Highway 101 cuts through the middle of downtown Nehalem. While most travelers heading south hang a hard right at the town’s only light, hikers in the know take a quiet left out of town.
Here, down North Fork Road, the road winds and bumps along through a lush farming valley buttressed by mountains and the Nehalem River. One gets the sense they are about to embark on a grand adventure.
At around milepost four, a left turn up a largely unmarked gravel road confirms that thought. You’ve reached the starting point for a unique and fulfilling hiking destination.
A non-motorized trail system, Coal Creek Trails have been around in one shape or form since they were first cleared in 1998. The system traverses low land coastal forest and allows hikers to take in dense stands of trees and a variety of wildlife.
There are two main trails in the system; Outback Trail and Coal Creek Trail.
Outback Trail begins a quarter mile up from the road and is popular with mountain bikers because of its varied climbs.
Coal Creek Trail winds through older forest featuring large spruce and hemlock. It runs one mile up-slope to connect with Coal Creek Ridge Road.
They also offer a glimpse into Oregon Coast history; they happen to run along an old railroad line that was used in the early part of the 20th century for logging operations.
“There are two old railroad bridges that run over the trails,” says Clyde Zeller, Recreation Unit Manager for Tillamook State Forest District. “They were part of logging railroad work done around the 1920’s.”
Those railroad operations also included coal mining on Weyerhauser-owned land, further up from the current trails.
Zeller adds that more research is presently being conducted to uncover further data related to the historical value of the railroad tracks.
Overall, Zeller is responsible for taking care of trails and other recreation facilities on state forestland.
With this in mind, the Coal Creek Trails have undergone serious maintenance this past spring in hopes of increasing awareness of their recreational value.
Under Zeller’s direction, students from the University of Idaho put in some serious trail work.
The students, who participated in what is called “alternative Spring Break,” came from a variety of disciplines to contribute to the trail’s upkeep.
“A lot of brush clearing and water control projects,” Zeller says.
While both trails in the system are great for avid mountain bikers, that usage comes with a price.
“On Coal Creek Trail, mountain bikers built of some ramps and jumps, which changed water drainage on the trail,” Zeller says. He added that due to its semi-remote location, maintenance on Outback Trail is difficult to keep on top of consistently.
Still, it’s hard to argue with the beautiful solitude of the trail system. That includes the variety of wildlife present, some of which hikers don’t often see on more popular trails such as Cape Falcon or Neahakhnie Mountain.
Zeller says that on any given day, hikers may see fantail deer, elk, beaver and birds such as red tail hawks.
He notes that Coal Creek itself is a great fish-bearing stream with its gravel bars and good shade.
“We’ve come across bobcat prints on several occasions,” he adds.
Perhaps most appealing is that such a remote area lies so close to town. Zeller hopes that will continue to draw people.
“It’s a completely different experience than what you’d find at, say, Oswald West,” he says. “You get to see a working forest and a variety of landscapes. And you can throw your bike in the car and be there after work.”